The ‘Real Deal’ Holyfield Finally Gets His Statue

This is a huge day here in Fulton County! At long last, we finally have a statue to pay tribute to the great Evander “Real Deal” Holyfield and I was honored to speak at the unveiling. It was my honor to be so intimately involved in getting this project done.

Many of the world’s best athletes are from Georgia – Jackie Robinson, Bobby Jones, Ty Cobb, Jim Brown, and more. But with a professional career spanning nearly three decades, Olympic medals, and several Heavyweight Champion of the World titles, Evander is arguably the greatest. 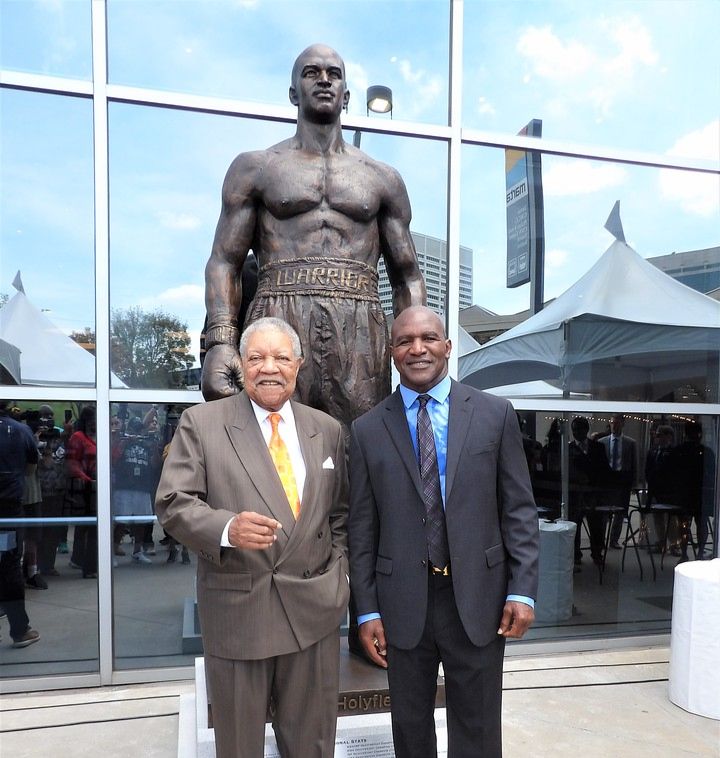 In 2017, Wayman Allen Keller, a childhood friend of Holyfield’s, called me to say he thought it was time for Holyfield to be honored with a statue right here in his hometown. Being a huge boxing fan and friend of Evander’s, I quickly agreed to help.

Brian Hanlon, who’s the great artist responsible for this piece, Evander, and I met for breakfast at the Ritz-Carlton in Buckhead to discuss details and everyone walked away thrilled with the opportunity.

Next, I met with then-Mayor Reed to explain the situation and he was as shocked as I was that there wasn’t already a statue. We agreed that it was long overdue and got to work.

Unfortunately, we hit a few bumps in the road when it came to where the statue would actually go. The process slowed down and there were objections to several of the proposed locations. Many citizens and residents were worried about the large crowds that the statue would draw.

But all that is in the past and taking a few hits certainly wasn’t going to stop us – we rolled with the punches and eventually landed right here because Steve Koonin and the Hawks stepped up.

Now, at long last we are properly honoring one of our hometown’s greatest athletes of all time. So it’s with great pride and admiration that I tell you: this statue is the real deal.

Robb Pitts is the chairman of the Fulton County Commission

With Fortune 500 heavyweights like Coke, Delta, and Home Depot all calling Atlanta home, the city’s largest employer might come as a surprise.  It’s Emory University, with 32,594 full-time employees in the metro Atlanta region between the school and its extensive healthcare system.  The university contributes nearly $15 billion in statewide economic impact annually, making it one of the most powerful economic engines in the state as a whole.  Emory’s huge presence both in the local community and economy is RISING…